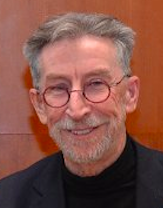 Congratulations to Professor Richard Cullen, whose May 2014 article “Land Revenue and the Chinese Dream” was recognised by the China Policy Review as one of the “Top 20 Economic Essays of 2014”. The China Policy Review is a monthly journal of the State Council’s Development Research Centre (DRC) in Beijing. The article was published in two parts in the May and July issues. It will now also appear in the 2014 Almanac of China’s Economy, an important annual publication that has been recording the changes in China’s national economy since 1981. The Almanac’s editorial board “consists of government department heads — at the national, provincial and municipal level — and prominent economists. Its editors-in-chief are officials of the DRC.” (China Daily, Sept 2013).