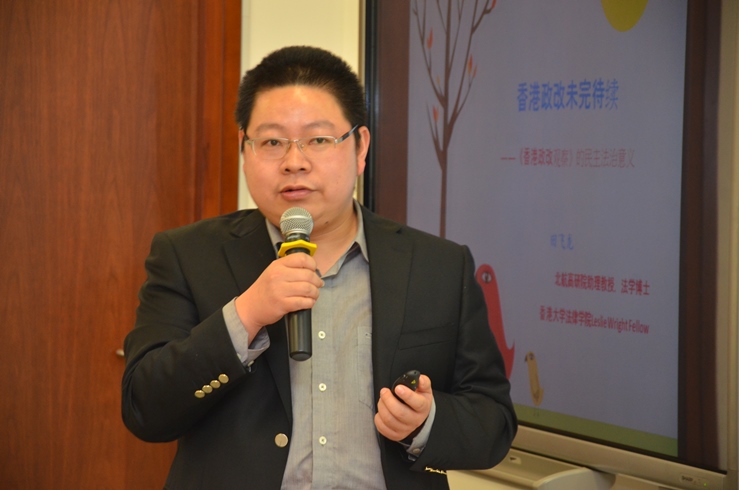 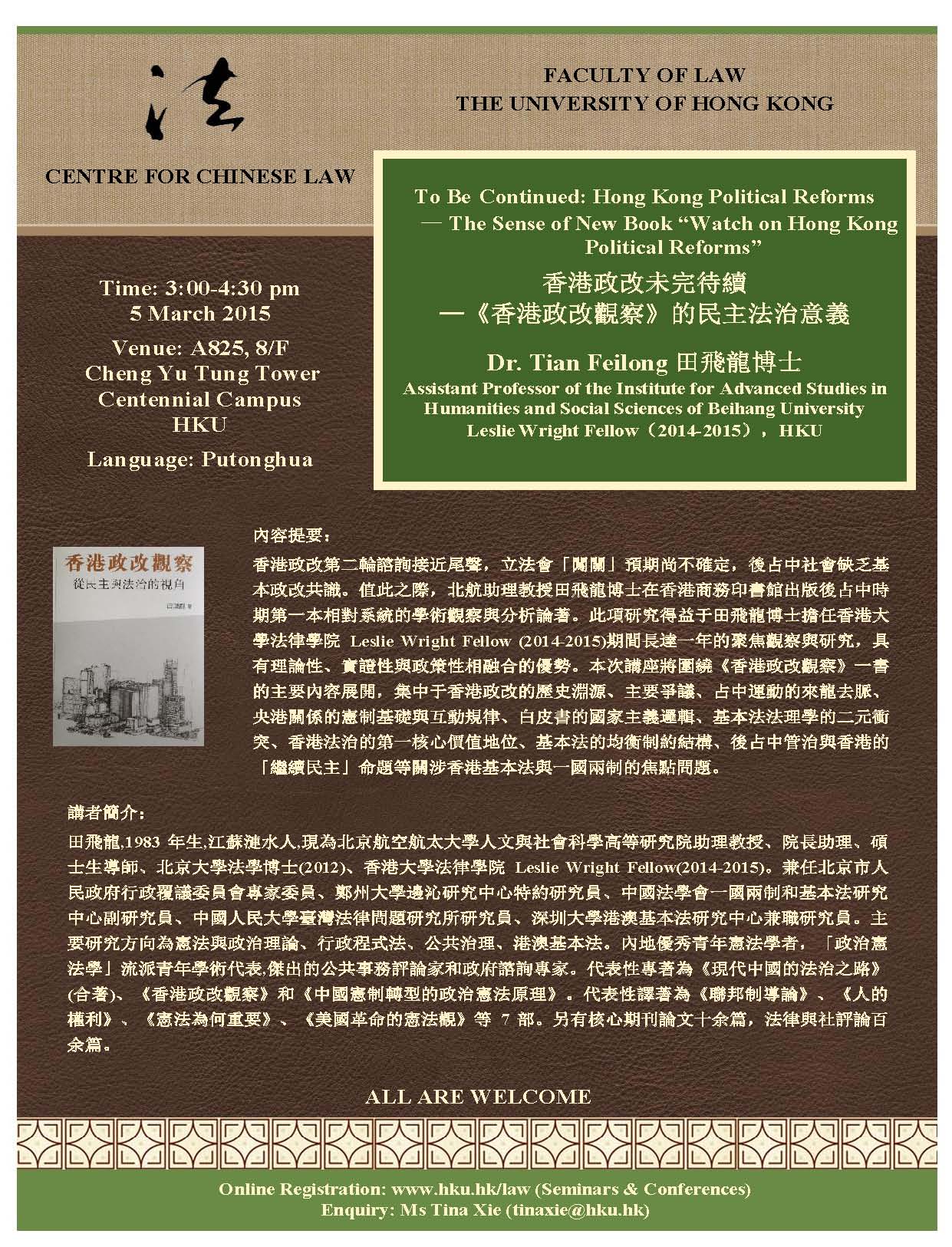 On 5 March 2015, Dr Tian Feilong gave a seminar at the Faculty on “Hong Kong’s Political Reform: An Unfinished Project”, in which he introduced the main themes of his new book and his analysis of Hong Kong’s current political and legal situation. He pointed out that there are two schools of thought about the Basic Law – that of liberalism and “international” or “universal” norms, and that which emphasizes the constitutional basis of the Basic Law which is the PRC Constitution. The White Paper of 2014 on One Country, Two Systems reflects the latter school of thought. Dr Tian then discussed the 31 August 2014 Decision of the NPCSC on universal suffrage for the Chief Executive, which he considered to be conservative, but understandable because the Chief Executive is the main link between the Central Government and the Hong Kong Government.  Dr Tian then examined the reasons for the failure of the “Occupy” campaign as well as its achievements. Dr Tian believed that Hong Kong’s future lies in Hong Kong people finding their identity as Chinese citizens and being given the opportunity to participate in the mainland system as citizens. He pointed out that the Basic Law has established a cooperative order involving the mainland and Hong Kong, so Hong Kong people have both rights and obligations, including the obligation of minimum loyalty to the Chinese state. He argued that it is necessary to transcend radicalism and to restore political trust between the Central Government and Hong Kong people.

Dr Tian Feilong（田飛龍）, Assistant Professor at the Institute for Advanced Studies in Humanities and Social Sciences at Beihang University in Beijing, completed his one-year stay at HKU in March 2015 as Leslie Wright Fellow at the Centre of Chinese Law of the Faculty of Law. The Fellowship scheme was set up by the Leslie Wright Hong-Kong Legal Education Fund to support visiting scholars from mainland China. Dr Tian used his stay in Hong Kong to research on Hong Kong’s political and legal culture, and to write a book which has just been published by Commercial Press （商務印書館）in Hong Kong – Observations on Hong Kong’s Political Reform – Perspectives of Democracy and Rule of Law 《香港政改觀察：從民主與法治的視角》.