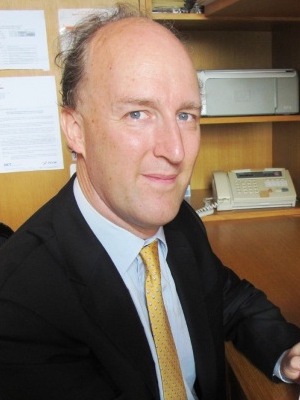 Danny Gittings is an Associate Professor and Principal Programme Director/Associate Head of the College of Humanities and Law at HKU SPACE specialising in Hong Kong Constitutional Law. He is also a PhD Candidate researching separation of powers under the Hong Kong Basic Law at HKU Faculty of Law, and has presented several conference papers and written a number of book chapters on this topic. He is author of Introduction to the Hong Kong Basic Law (Hong Kong University Press, 2nd edition 2016), a widely-used textbook on Hong Kong constitutional law. A former editor with the South China Morning Post and Wall Street Journal, he still appears on the radio every week, co-hosting RTHK’s main English-language talk show, where he interviews a wide range of prominent personalities from Hong Kong’s political and legal communities.

Field of Study: Separation of Powers

Hong Kong courts are learning to live with China

What will happen to Hong Kong after 2047

Applying the Efficiency Rationale to Separation of Powers in Hong Kong

Separation of Powers and Deliberative Democracy

The Basic Law in the Courts: Learning to Live with China and a Changing Hong Kong

One Country, Two Stances on Separation of Powers: Tensions Over Lack of Parallelism between the National and Subnational Levels