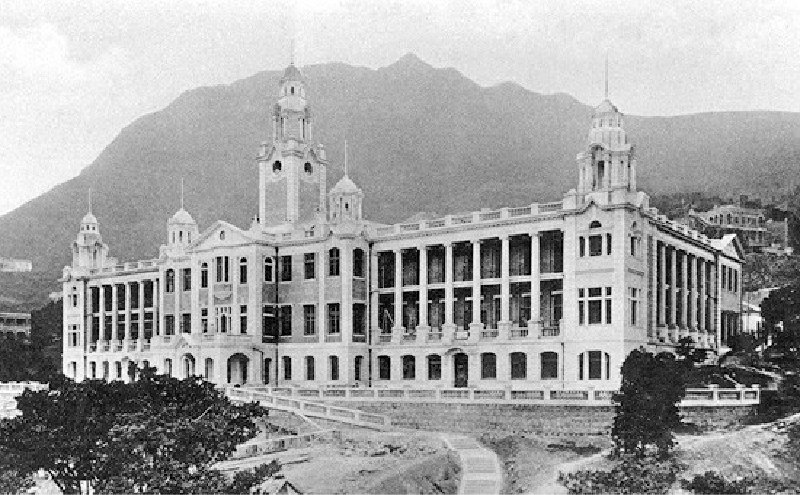 The Faculty of Law at the University of Hong Kong (HKU) traces its origins to 1969, when a Department of Law was established within the Faculty of Social Sciences. Beginning with three teachers and 40 students, the Department offered a three-year LLB degree and, from 1972, a one-year Postgraduate Certificate in Laws (PCLL). The department was Hong Kong’s first law school, and its LLB and PCLL were the first local university qualifications to be recognized for admission to legal practice in Hong Kong. Formerly, all barristers and most solicitors had trained and qualified in the United Kingdom. Law had been taught at HKU in the 1920s and 1930s, but only as part of a broad-based Arts curriculum. From 1964 to 1969 the Department of Extra-mural Studies at HKU had also taught part-time courses leading to an external LLB degree from the University of London. The law school at HKU was designed to increase the supply of lawyers, train lawyers in Hong Kong law rather than just English law, and make formal legal education available without the need for students to go overseas.

In 1978 the Department of Law became a School of Law, with an autonomous Board of Studies. In 1984 the School became a full-fledged Faculty of Law with two departments: the Department of Law and the Department of Professional Legal Education. Student intake expanded rapidly in the 1970s and 1980s as the demand for lawyers increased with rising prosperity and more complex laws. The Faculty developed special expertise in Chinese law, as China opened its economy and reformed its legal system, and in constitutional law, human rights and bilingual laws, as Hong Kong prepared for its new status as a Special Administrative Region of the People’s Republic of China from 1 July 1997. A taught LLM degree was introduced in 1986, focusing initially on Chinese and international trade law, and later including a variety of specialist streams. A Master of Common Law degree, designed for graduates from non-common law jurisdictions, especially Mainland China, was introduced in 1997. The LLB curriculum was gradually transformed from a primarily vocational qualification into a broad programme providing both a training in the law and a liberal education. Joint degrees with other faculties began in the late 1990s. In 2004 the present four-year LLB was introduced.

From the beginning the Faculty developed links with law schools throughout the common law world and in the Asia-Pacific region through staff and student exchanges and other collaborative projects. Always international in composition and outlook, the Faculty now consists of over 70 full-time academic staff from 17 jurisdictions around the world and has some 2,300 students, many from outside Hong Kong. Over the years Faculty members have established Hong Kong law as a field of study during a time of fundamental political and social change and have contributed widely to law reform during Hong Kong’s historic transition from colony to special administrative region. The Faculty is an internationally recognized centre of research in various areas of law, including public law, comparative Chinese law, commercial and financial law, intellectual property and IT law, international economic law and medical ethics and law. Law graduates from HKU now make up a large proportion of Hong Kong’s legal profession and more than half of its Judiciary. Graduates have also made substantial contributions in government, politics, journalism and other fields.