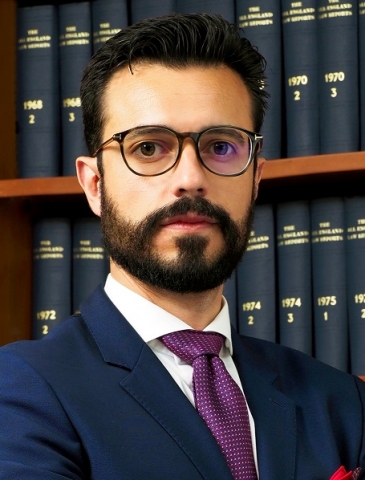 Dr Giuliano G. Castellano is an Associate Professor of Law at the University of Hong Kong, a Fellow at the Asian Institute of International Financial Law (AIIFL), where he also serves as a Deputy Director, and a Fellow at the Higher Education Academy (FHEA). Since 2010, Dr Castellano has been appointed as a Legal Expert for the Italian delegation at the UN Commission on International Trade Law (UNCITRAL), Working Group VI (security interests). In this capacity he contributed to drafting international soft-law instruments designed to promote access to credit, including the UNCITRAL Model Law on Secured Transactions – adopted by the General Assembly of the United Nations in 2016 – and the UNCITRAL Practice Guide to the Model Law (2019)

Giuliano’s research and teaching interests are in the areas of regulatory governance, international financial law and compliance with focus on securities, banking and insurance regulation. He published in renowned scholarly journals, such as the Modern Law Review, Law & Contemporary Problems and Fordham International Law Journal and his research received support from competitive grant schemes in different jurisdictions, such as the Impact Accelerator Account from the British Economic and Social Research Council (ESRC). Currently, he is leading several search projects focusing on the intersection between law, regulation, and technological innovations. In particular, he is the Principal Investigator of a project on “Creating Credit: Law Reforms, Policy Tensions, and Disruptive Technologies” funded by the General Research Fund (GRF 2020) of the Hong Kong’s Research Grants Council (RGC).

Beyond academia, Giuliano has been working with international organisations and domestic governments to translate his research into concrete recommendations aimed to coordinate financial stability and financial inclusion policies. In particular, he has been participating in several projects focusing on the coordination between prudential regulation and secured transactions law in different regions, including Asia-Pacific, Europe and Central Asia, Latin America and the Caribbean, Middle East and Northern Africa, and Sub-Sharan Africa. Most recently, his research and policy works have been featured in the Knowledge Guide of the World Bank on “Secured Transactions, Collateral Registries and Movable Asset-Based Financing” (2019).

Giuliano holds a Law Degree from Bocconi University (Milan, Italy), a PhD in Economics and Social Sciences from the Ecole Polytechnique of Paris (with Highest Honours), and a PhD in Law from the Inter-University Centre for Law, Economics and Institutions and awarded by the University of Turin (with ‘no corrections’). His doctoral research was fully supported by the Vinci Doctoral Scholarship of the French-Italian University, an intergovernmental body promoting international cooperation between France and Italy in all scientific domains. Before joining HKU, he was based at the University of Warwick, School of Law. At Warwick, he was part of the Central Banking and Financial Regulation Qualification Programme, a postgraduate degree delivered by the Warwick Business School and the Bank of England. Prior to that, he was an LSE Fellow at the London School of Economics and Political Science (LSE), Law Department. Giuliano is regularly invited to speak in international academic conferences, training programmes for the industry or the public sector, and he delivered speeches for non-academic audiences, such as TEDx. He has been holding various visiting positions in different institutions, including the Centre for Socio-Legal Studies of the University of Oxford, the Ecole Polytechnique (Paris), Chicago-Kent College of Law, the Governance and Policy Department of the Moscow Higher School of Economics, the Faculty of Law of Paris-Dauphine University, and the Central European University.