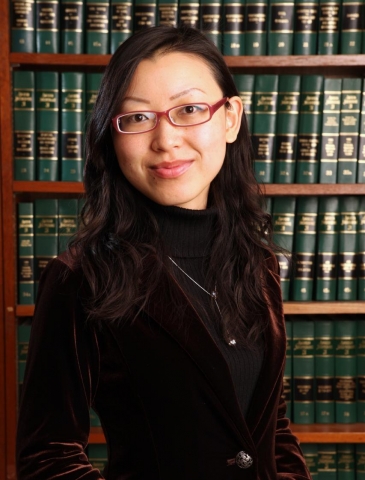 Dr. Weixia Gu is an Associate Professor at the Faculty of Law, University of Hong Kong. She was the youngest recipient in Hong Kong of the Fulbright Award from the US State Department and was appointed an Honorary Young Fellow at New York University before she joined HKU.

Her second monograph, Dispute Resolution in China: Litigation, Arbitration, Mediation and Their Interactions (Routledge, 2021), is reviewed by leading international and Asian law journals. Her second co-edited book, The Developing World of Arbitration: A Comparative Study of Arbitration Reform in the Asia Pacific (Hart, 2018), is reviewed in the American Review of International Arbitration and has been commended by the Singapore Law Gazette as “the treatise of arbitration study in Asia”. Her scholarship has been cited by leading judiciaries in the world including China’s Supreme People’s Court, the US Court of Appeals Eleventh Circuit, the US Texas Supreme Court, and the Hong Kong High Court. Her works are covered in leading English and Chinese media.

Gu is a recipient of HKU’s Outstanding Young Researcher Award and HKU’s Outstanding Teaching Award in Law. She has twice been the recipient of Faculty of Law’s Research Output Prize. She has also three times been awarded a top prize by the China Society of Private International Law. She has been invited to give keynote speech at the British Institute of International and Comparative Law, and is frequently invited to speak at international conferences including those at Harvard, Yale, NYU, UPenn, Chicago, Oxford, Cambridge, Munich, Lausanne, Sydney, NUS, Kyoto, Peking, Tsinghua, Renmin and Fudan Universities.