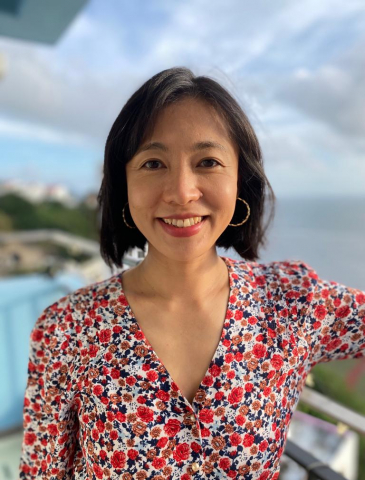 Angela Huyue Zhang is an associate professor at the Faculty of Law in the University of Hong Kong. An expert in Chinese law, Angela has written extensively on Chinese regulatory issues. Her first book Chinese Antitrust Exceptionalism garnered significant attention during Beijing’s crackdown on Chinese Big Tech and was named a Best Political Economy Book of the Year by ProMarket in 2021. Angela is now working on her second book about China’s model of regulatory governance, which is expected to be released in 2023.

Angela is a four-time recipient of the Concurrence Antitrust Writing Award, which selects the best articles published globally in the field of antitrust law each year. She received a British Academy/Leverhulme Small Research Grant (£10,000) in 2014 and two Hong Kong GRF grants, one (HK$637,440) in 2018 and the other (HK$ 656,825) in 2021.

Angela is a highly sought-after commentator on Chinese regulatory issues. She often speaks at prestigious antitrust conferences in the United States, Europe, and Asia. She is also frequently interviewed by major international media outlets and regularly contributes commentaries to the popular press.

Angela serves as Director of the Philip K. H. Wong Centre for Chinese Law at the University of Hong Kong, which promotes legal scholarship with the aims of developing a deeper understanding of China and facilitating dialogue between East and West.

Before joining the University of Hong Kong in 2017, Angela taught at King’s College London for four years and practiced law for six years in the United States, Europe, and Asia. She worked as a bankruptcy lawyer at Debevoise & Plimpton in New York between 2008 and 2010 and as an antitrust attorney at Cleary Gottlieb Steen & Hamilton in Brussels in 2011. Angela was admitted to the New York Bar in 2009.

Angela received her LLB from Peking University, and her LLM, JD and JSD from the University of Chicago Law School. She wrote her doctoral dissertation under the supervision of former Judge Richard A. Posner.

Crowd-judging on Two-Sided Platforms: An Analysis of In-group Bias (with Alan Kwan & S. Alex Yang) , MANAGEMENT SCIENCE ( forthcoming) [Management Science is a top business journal with a five-year impact factor of 7.7] (featured in the WSJ)