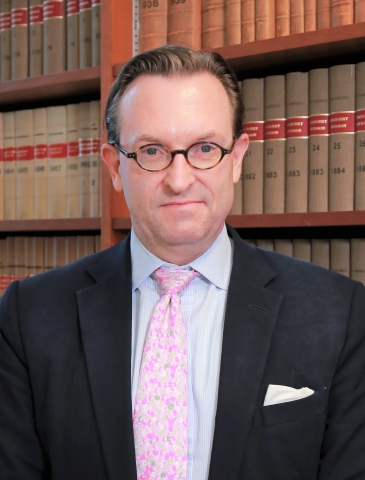 Douglas W. Arner is the Kerry Holdings Professor in Law, Director of the Asian Institute of International Financial Law, an RGC Senior Fellow, and Associate Dean (Taught Postgraduate) of the Faculty of Law at the University of Hong Kong. At HKU, he co-founded and is the Faculty Director of the LLM Compliance and Regulation, LLM Corporate and Financial Law, LITE (Law, Innovation, Technology and Entrepreneurship), and EAIEL (East Asian International Economic Law and Policy) Programmes. In addition, Douglas is Associate Director of the Standard Chartered Foundation-HKU FinTech Academy, a Senior Visiting Fellow of Melbourne Law School of the University of Melbourne, a non-executive director of NASDAQ and Euronext listed Aptorum Group, an Advisory Board Member of the Centre for Finance, Technology and Entrepreneurship (CFTE), and co-founder and an executive board member of the Asia Pacific Structured Finance Association. He has served as a consultant with, among others, the World Bank, Asian Development Bank, UN, APEC, Alliance for Financial Inclusion, and European Bank for Reconstruction and Development.

Douglas specialises in economic and financial law, regulation and development. He is author, co-author or editor of eighteen books, including The RegTech Book (Wiley 2019), Reconceptualising Global Finance and its Regulation (Cambridge 2016), Financial Markets in Hong Kong: Law and Practice (Oxford, 2d ed., 2016), Finance in Asia: Institutions, Regulation and Policy (Routledge 2013), From Crisis to Crisis: The Global Financial Crisis and Regulatory Failure (Kluwer 2011) and Financial Stability, Economic Growth and the Role of Law (Cambridge 2007), and the author or co-author of more than 150 articles, chapters and reports on related subjects. His recent papers are available at SSRN [http://ssrn.com/authors=524849] where he is among the top 60 authors in the world by downloads.

He is currently leading a major 5 year Hong Kong Research Grants Council Senior Research Fellowship project on the role of FinTech and RegTech in financial inclusion and the UN Sustainable Development Goals as well as a 4 year RGC Research Impact Fund project focusing on FinTech policy and regulation. From 2012-2018, Douglas served as Project Coordinator of a major five-year project funded by the Hong Kong Research Grants Council Theme-based Research Scheme on “Enhancing Hong Kong’s Future as a Leading International Financial Centre”. He is currently one of the core team of another TRS project focusing on digital finance, financial stability and financial inclusion. He led the development of one of the world’s largest massive open online courses (MOOC) on financial technology: Introduction to FinTech [https://www.edx.org/course/introduction-to-fintech], launched with edX in May 2018, now with over 90,000 learners spanning almost every country in the world, as part of the first online Professional Certificate in FinTech.

Douglas has been a visiting professor or fellow at Duke University, Harvard University, the Hong Kong Institute for Monetary Research, IDC Herzliya, McGill University, Melbourne University, National University of Singapore, Queen Mary University of London, University of New South Wales, Shanghai University of Finance and Economics, and Zurich University, among others. He has lectured, co-organised conferences and seminars and been involved with financial sector reform projects around the world. Douglas served as Head of the Department of Law of the University of Hong Kong from 2011 to 2014. He was an inaugural member of the Hong Kong Financial Services Development Council (2013-2019) and Director of the Duke-HKU Asia America Institute in Transnational Law (2005-2016), and a member of the International Advisory Board of the Australian Centre for International Finance and Regulation from 2010-2016. In 2007, he received HKU’s Outstanding Young Researcher Award.

Finance in Asia: A Collection of Major Works(Routledge 2013) (4 vols, co-editor).

From Crisis to Crisis: The Global Financial System and Regulatory Failure (Kluwer 2011, co-author)

International Economic Law – The State and Future of the Discipline (Hart Publishing 2008, co-editor)

Financial Crises in the 1990s: A Global Perspective (British Institute of International and Comparative Law 2001, co-editor)

Professor Arner’s  articles have appeared in a wide range of international venues, including European, North American and Asia-Pacific legal and social sciences journals. His recent papers are available through SSRN at http://ssrn.com/author=524849.