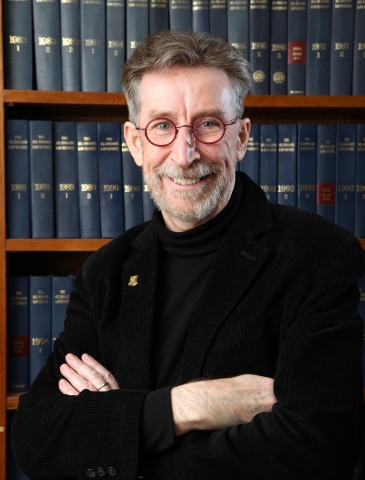 Richard Cullen is an Adjunct Professor in the Faculty of Law at the University of Hong Kong. He was previously a Professor in the Department of Business Law and Taxation at Monash University in Melbourne, Australia. He completed his LLB at Melbourne University Law School in 1982 and his doctorate at Osgoode Hall Law School in Canada in 1986. He is admitted to practise law in Victoria, Hong Kong, England and Wales and worked with a major law firm in Melbourne for two years.

He was previously a lecturer and senior lecturer in the Faculty of Law at Monash University from 1987 until 1991. He then moved to Hong Kong to take up a position in the School of Law at the City University of Hong Kong from 1991-1997, where he was Acting Head of the Department of Professional Legal Education from 1992 to 1994.

He has written and co-written several books and more than 200 articles, notes and commentaries and has been the recipient of a range of major and minor research grants. Richard’s books include: Federalism in Action (1990); and Media Law in the PRC (1996) (with H. L. Fu). His recent books include: Hong Kong Constitutionalism: The British Legacy and the Chinese Future (2020); Electing Hong Kong’s Chief Executive (2010 (English – 2011 (Chinese)) (with Simon Young); and Green Taxation in East Asia (2011 – September) (Contributing Editor with Xu, Yan and Jefferson VanderWolk). He has also co-authored two shorter books with Christine Loh: No Third Person (2018); and Hong Kong in China (2021) (Chinese).

Richard has made presentations at seminars and conferences in Australia, Canada, China, England, Hong Kong, India, Japan, Macau, Malaysia, The Netherlands, Singapore and Sri Lanka. He has been a Visiting Scholar at Universities in Austria, Belgium, Canada, Japan and Switzerland.

Teaching: Public Law, Comparative Public Law; Taxation Law and a range of other subjects in Australia, Canada and Hong Kong.

Richard Cullen and Kevin Tso, “Using Opium as a Public Revenue Source – Not as Easy as it Looks: The British Hong Kong Experience” [2012] British Tax Review, 226.