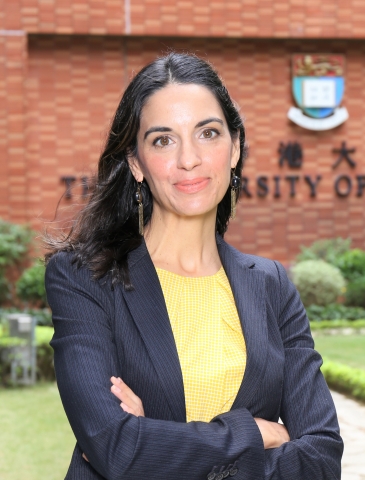 Shahla Ali is Professor of Law and Associate Dean (International) at the University of Hong Kong Faculty of Law and Director of the LLM Program in Arbitration and Dispute Resolution. Her work centers on questions of governance, sustainable development and cross-border dispute resolution in the Asia Pacific region. She serves as a bilingual arbitrator (English/Chinese) with HKIAC, THAC, CIETAC, KCAB and SIAC.

Shahla has been engaged in dispute resolution reform at the regional and global levels including with USAID, IFC/World Bank and the United Nations on issues pertaining to access to justice, peace process negotiation training, financial dispute resolution and land use conflict resolution. She has served on the World Bank/IFC mediation rosters, the UN Funds and Programs Ombuds roster, the Academic Council of the Institute for Transnational Arbitration, UNCITRAL Working Group II, the International Task Force on Mixed Mode Dispute Resolution and IBA’s Investor-State Mediation Rules drafting committee. Regionally, she has served as a member of the Department of Justice’s (HK) Mediation Regulatory Framework Sub-Committee, the HK Financial Dispute Resolution Appointments Committee, HKIAC’s Women in International Arbitration Committee, and the Executive Committee of the Asia-Pacific Mediation Forum.

Before joining HKU, Shahla worked as an attorney in the international trade group with Baker & McKenzie in its San Francisco office. She holds a BA from Stanford University in International Relations and Chinese language, and a JD and PhD in Jurisprudence and Social Policy from the University of California at Berkeley. She has held visiting academic positions with the National University of Singapore, NYU, UCLA, Renmin University, Duke, UC Berkeley and Stanford.