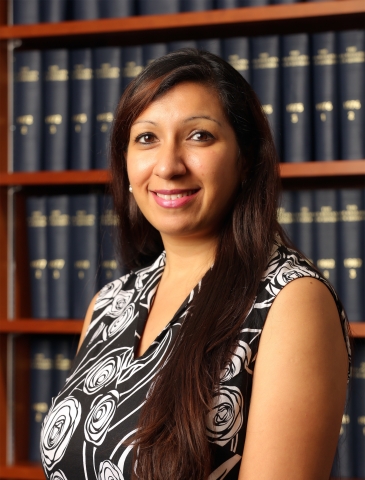 Puja’s work has influenced policy development and advocacy across legal and service sectors in Hong Kong especially in respect of racial equality and violence against women. Her comprehensive reports on the Status of Ethnic Minorities in Hong Kong 1997-2014 and the intersectional challenges experienced by ethnic minority victims of domestic violence broke new ground in putting these issues on the map in HK. Her report on the Help-Seeking Behaviours of Ethnic Minority and Immigrant Victims of Domestic Violence led to the establishment of a Subcommittee in the Hong Kong Legislative Council to comprehensively examine policies and provisions, calling for a shift in strategies to deliver culturally responsive support and equal access to services to ensure the protection of all women against violence. In 2019, she published Doing Equality Consciously, the first study on unconscious bias in Asia. Her work and recommendations have been presented to the HK Legislative Council, the Poverty Commission and the UN CERD Committee, leading to shifts in policy implementation.

Puja is a frequent Keynote Speaker and was recently invited to speak on minority girls in education at the UN Forum on Minority Issues in 2019 and on hate speech at the UN Asia Pacific Regional Forum on Minority Issues in 2020. Puja received the International Women of Courage Award 2015, the Faculty of Law’s Outstanding Teaching Award in 2016, HKU’s Knowledge Exchange Award 2017 and the American Chamber of Commerce’s Professional Woman of the Year Award 2019. Her work has garnered international recognition and she has been shortlisted as one of ten global finalists for the 2021 Global Pluralism Award awarded by the Global Centre for Pluralism in Canada in recognition of her contributions to advancing pluralism, inclusion and equality of access and enjoyment of human rights for all.

Puja sits on the boards of numerous NGOs, has made deputations before the Hong Kong Legislative Council and the United Nations Treaty Bodies on multiple occasions. She is also regularly interviewed by Hong Kong and international media on issues spanning her wide range of expertise, including the Washington Post, New York Times, BBC, Al Jazeera, ABC, CNBC, South China Morning Post, Hong Kong Free Press, among others.

My courses are dedicated to teaching and capacity building in relation to multiculturalism and pluralism and leveraging best practices of citizenship and understanding for diverse and inclusive communities. Students are introduced to a wide range of tools and materials across my courses which thematically address various theoretical and jurisprudential issues pertaining to minority rights and legal pluralism. The classes require students to complete an in-depth research paper or research study for clinical course offerings such as Law and Social Justice at the Intersections of Gender, Race, Religion, and Sexuality and the Social Justice Summer Internship Course. Both courses have curated a mainstay of collaborative projects focused on raising societal and professional awareness of the following issues under thematic projects: Race Law Project; Refugee Rights Project; Gender Based Violence; Children’s Rights; Anti-Human Trafficking Project.