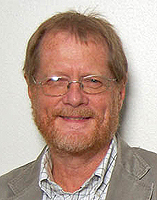 Simon Young asked me to write about my experience as a PhD student in the Department of Law, presumably because I’m really old and an account of conditions at the time, though of no or little relevance nowadays, might be of some historical interest.

I arrived in Hong Kong in September 1970 to take up a Commonwealth scholarship to engage in postgraduate study. There weren’t too many applicants for this scholarship; indeed I was probably the only one, which no doubt improved my odds of success. I’d studied law and history at the University of Adelaide and, apart from a natural predilection for research, I was anxious to delay induction into the Australian army – which it did until national conscription was abolished. Whether I could take up the scholarship depended on a department which was prepared to take me and provide a supervisor, but the Department of History, which seemed the natural home for me, said they weren’t interested. Fortunately Professor Dafydd Evans, the head of the Department of Law (then part of the Faculty of Social Sciences and Law) and an amateur historian, and probably keen to get a foreign PhD student (the study of law at post-war HKU was then just one year old), took me in. Originally there was to be joint supervision with the history people, which didn’t happen (although I had informal advice from Prof Len Young and Dr Alan Birch), and Dafydd Evans became my supervisor.

My first duty was to find a topic. I’d enjoyed undergraduate courses in Chinese history but lacked both any knowledge of Chinese and any talent for foreign languages. That’s why I was initially attracted to Hong Kong. Professor Wang Gungwu, then at the Australian National University and much later Vice-Chancellor of HKU, had suggested I look at the New Territories (of which I’d never heard at the time). So I set about reading what I could about the New Territories – which was then mostly anthropological literature, all of it new to me and fascinating but of marginal value for my likely research. Gradually, over probably six months, a topic half-formed in my mind. In those days people were aware of the issue of 1997 in relation to the New Territories but they seemed to be in a state of denial, or assumed it was a matter to be addressed much later. I thought a study of the 99-year treaty of 1898 which was to expire in 1997 might in due course inform consideration of Hong Kong’s future. And it gave me the opportunity to look at both historical and legal matters.

Evans was a hands-off supervisor. He rightly couldn’t offer much expertise, and he was a busy Head; he allowed me to see what I could do with the topic, and, not wanting close supervision, I loved that freedom to explore the issues and material on my own. My research program first required me to go to London to look at Hong Kong files in the Public Record Office (now at Kew, then in Chancery Lane); this was many years before the main series of records was microfilmed and a copy lodged in the HKU library. Fortunately a small grant from the university assisted purchase of the ticket; my scholarship wasn’t exactly munificent. My principal interest was CO129, Governors’ despatches to the Colonial Office. Available were the original letter addressed to the Secretary of State, comments by the clerks (advisors), correspondence with other departments if necessary, and a draft of the reply. Through all this one could record the decisions made and trace the evolution of policy. I also looked at Foreign Office records and other series.

I took what notes I could and photocopied a lot (my luggage was way overweight on my return flight, but in those innocent days I could ask a stranger in the check-in line to take some of it and he readily complied). Then I spent some months analysing all the material I had and organising it into a collection of subjects, from which it emerged that I did indeed have a credible topic; it was then just a matter of doing extra research and writing it up. One more trip to London, to fill in gaps and inspect additional material, was needed, then sufficient time to produce a first draft. At about this point my scholarship funds ran out (where did those three years go and why so quickly?) and I was appointed to a lectureship in the law department, so frantic preparation for the new academic year took priority over thesis concerns. Meanwhile my supervisor read my draft and recommended I recast the narrative into a more chronological account. That was the task of the next summer. The thesis was submitted later that year, the examiners looked favourably upon it, and the degree was awarded in 1976, the first PhD in law at HKU and the only one for many years, and I was the first lecturer in law to have a doctorate. So I suppose I was something of a pioneer.

(a) In 1970 the law department – then in the former police married quarters building in Caine Road (now demolished) – had no facilities for research students, and I had nowhere to keep my books and notes. When we moved to the Knowles Building on the main campus in 1973 again no provision – not even a library carrel – was made for full-time postgrad characters like me (to be fair, I was the only one, and by then I’d learnt to cope).

(b) I was probably older than the average PhD student, with six years of undergrad study behind me and a small dissertation already completed, so I think I was quite well prepared for full-time research.

(c) And I relished my supervisor’s lightness of touch. I would have chafed under pressure to submit work in progress or clear accounts of where I was going. Students with less self-confidence might want much closer supervision.

(d) There is an element of luck in completing research for a degree. One never knows in advance how it will turn out, and during the research and writing the dissertation may need to be topped and tailed to ensure that it’s neither too long nor too short, the argument (the “thesis”) is clear and coherent, the evidence is sound, and so on.

(e) The degree is a training exercise, so the thesis need not be near perfect. “An original contribution to knowledge worthy of publication”, which I think is the primary standard which must be met, sets the bar unrealistically high. Most dissertations need considerable revision and rewriting if they are to be published. My own work (which became Unequal Treaty) was initially rejected by a respectable academic publisher – though for somewhat silly reasons (the reader said something like “Why publish so much on such a small area as the New Territories?”).

(f) The whole exercise occupied one of the most enjoyable periods of my life. Many doctoral theses are done part-time in the course of a busy job, but I had no other duties for the first three years, not even a spouse, and I reveled in the process. There were doubts at times whether what I was doing would pass muster – but if research work is to be worthwhile there must be such uncertainties. When later I became a supervisor of PhD candidates I found that the process could be very forbidding for students not adequately prepared for it. If there’s no intellectual curiosity involved or intellectual satisfaction on finding answers to difficult questions, research for a degree can be a very painful exercise.

My thesis was eventually published as Unequal Treaty 1898-1997 (OUP 1980, revd 1998), it was generally well reviewed (with one or two horrific exceptions), and it sold quite well (the revised edition published in 1998 still sells a few copies each year). The book was relevant to the discussions which took place in the late 1970s and early 1980s on the future of Hong Kong: it was referred to by the British negotiators, and the Chinese government had it translated into Chinese and a hundred copies distributed to cadres involved in the negotiation process (no royalties were paid, of course). It no doubt underpinned my subsequent academic career, and it was excellent training for later research and writing. I look upon the dissertation and its subsequent publication, and process of researching and writing it, with much fondness.