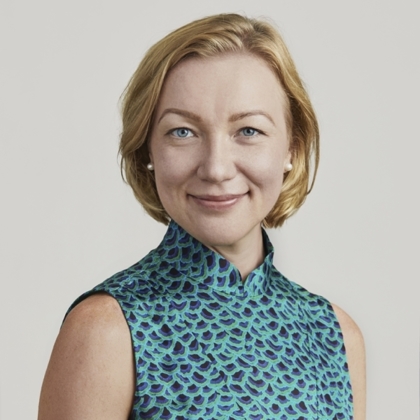 Olga Boltenko is a partner in the dispute resolution group at Fangda Partners in Hong Kong, where she leads the firm’s investment protection practice. Olga has over a decade of experience advising States and investors on investment arbitration disputes under various institutional rules. She has particular experience in energy, telecommunications, and mining disputes.

Olga moved to Hong Kong in 2013, following her tenure as a legal counsel at the Permanent Court of Arbitration in The Hague, where she was part of the International Bureau working on arbitration disputes involving States. Prior to that, Olga was an arbitration associate with a leading global US law firm, working with the firm’s arbitration practices in Paris, London, Stockholm, and Moscow. In Hong Kong, Olga commenced her practice with Neil Kaplan CBE QC SBS, moving on to Singapore to work with the investment arbitration practice of a leading UK global firm, before joining Fangda in Hong Kong in 2018.

Olga is an Asia-based editor for the Investor-State Law Guide. She is listed as an arbitrator with the HKIAC, the SIAC (reserve panel), the CIETAC, the RSPP (the Russian Union of Industrialists and Entrepreneurs), the Xi’An Arbitration Commission, the Arbitration Foundation of Southern Africa (AFSA), and with a number of other institutions. She is a frequent speaker at arbitration events in Asia, and she is a prolific author.

Olga is admitted to the roll of solicitors in Hong Kong, and she is admitted to practice law in the Russian Federation. She speaks English, Russian, French, and Ukrainian, and she has knowledge of Norwegian and Mandarin Chinese.