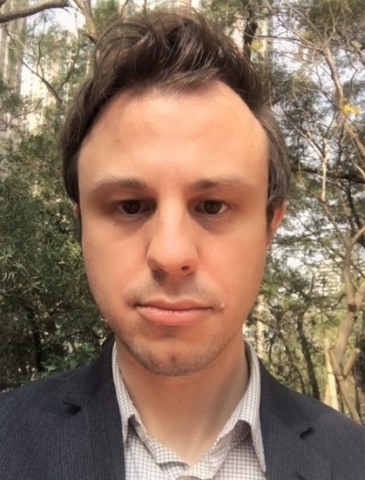 Dr Christopher Szabla joined the Faculty as a Global Academic Fellow in 2020. He researches in the fields of international and comparative law, legal history, and mobility, with a focus on borders and migration alongside interests in the history and legacies of empires and on armed conflict. He is currently focused on research into the development of law relevant to colonial and modern border and movement controls with a view to global comparisons and applications.

His publications have appeared or are forthcoming from the Berkeley Journal of International Law, Melbourne Journal of International Law, and Oxford University Press, and include analyses of the reform and future of international migration law and global governance, the history of the intersection of laws and institutions relevant to migration and development, and the role of decolonization in the making of distinct refugee and migration governance regimes. Publications in progress include works focusing on the philosophy of free movement, the laws of war in colonial contexts, jurisdictional issues at immigration preclearance facilities, and the evolving norms of criminal extradition, among others. His research has won awards including from the American Association of Law Libraries.

Prior to joining the Faculty, Christopher was a lecturer at Cornell Law School and held competitive grants and fellowships from the Council for European Studies, the Graduate Institute of International and Development Studies in Geneva, the Social Science Research Council, and the Mario Einaudi Center of International Studies. He has organized collaborations with organizations and edited publications concerned with international law and global history including the Harvard International Law Journal and the Toynbee Prize Foundation. He has also previously worked as an attorney in New York and a legal assistant for refugees in Cairo along with other experience relating to human rights, criminal law, and immigration in Africa, the Middle East, and the US.