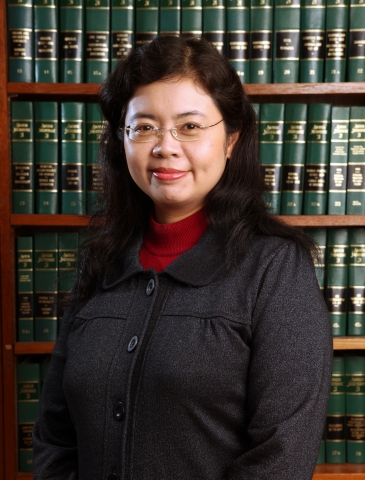 Jessica Y K Young was admitted as a solicitor in Hong Kong and in England and Wales. Before joining the University, she has practised in a leading international law firm and was a partner in a major law firm in Hong Kong. She joined the Department of Professional Legal Education as an Assistant Professor in July 2001. She teaches Commercial Law & Practice and Professional Practice for PCLL,  and Banking Law for the LLB and LLM courses. Her research interests include commercial and banking law, and environmental law.

Jessica Young, Associate Professor, joined the Faculty of Law in July 2001.  She specializes in commercial and banking law and professional legal education, and has published both locally and internationally on these subjects.  Her recent publications include:  A Letter-Writing Activity in Commercial Practice (2002);  Pre-Contractual Statements:  Misrepresentations or Collateral Contracts? (2003);  Charge Over Book Debts: Siebe Gorman Revisited (2004);  Spectrum Plus – A Critique (2004); Charge Over Book Debts – The Question of Control (2004); and Drafting in Unfamiliar Territories (2005).

Her current research focuses on security interests in personal property, drafting of commercial agreements, reform of environmental law, and regulation of non-profit organizations.  She is also one of the joint editors of the Law Lectures for Practitioners series and the Common Law Lectures series.