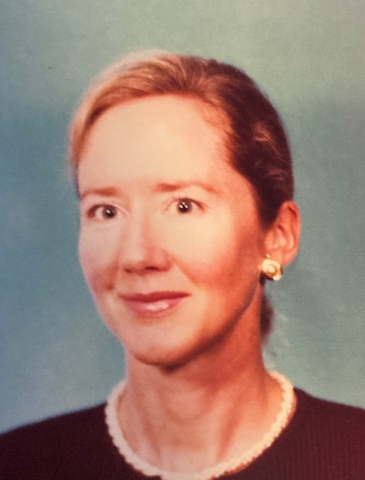 Katherine joined the HKU Law Faculty from a successful private practice career with a leading international law firm in Canada, McCarthy Tetrault, where she specialized in civil and commercial litigation. Prior to entering private practice she awarded a distinguished Law Clerk position with the British Columbia Court of Appeal providing research assistance to three senior appellate justices on the B.C. Court of Appeal.

Katherine’s main area of teaching and research interest is in arbitration, mediation and dispute resolution generally and also children’s rights and family law reform. Katherine is responsible for designing and implementing the Faculty of Law’s extensive undergraduate and postgraduate dispute resolution curriculum. Since joining the Law Faculty, she has designed and taught a broad range of new LLB and LLM/JD courses including Alternative Dispute Resolution, International Commercial Arbitration, Hong Kong Arbitration Law, Resolution of International Financial Disputes, Mediation, Negotiation and International Mooting Competitions and she has also taught several core LLB courses including Business Associations, Company Law, Property Law, Tort Law and Legal System & Legal Method. Katherine’s outstanding teaching efforts and her important contributions to undergraduate and postgraduate legal curriculum design and development have been recognized by the university community – she is the recipient of three “Outstanding Teacher Awards” awards from both the University of Hong Kong and the HKU Faculty of Law.

Katherine is responsible for the design and introduction of the Law Faculty’s interdisciplinary LL.M. in Arbitration & Dispute Resolution program, the Faculty’s first and only professionally accredited LL.M. program. She was appointed its inaugural Director in 2007 and continues to serve in that capacity. As part of this innovative LL.M. program, Katherine established the “HKU Dialogues in Dispute Resolution” public lecture series in 2007 and has organized and/or moderated more than 100 public lectures on a broad range of dispute resolution topics of importance to the Hong Kong community. She has also organized and moderated many international conferences, workshops and seminars on various dispute resolution topics and works collaboratively with a broad range of Hong Kong and international organizations, including the Chartered Institute of Arbitrators, Hong Kong International Arbitration Centre, Hong Kong Institute of Arbitrators, Hong Kong Mediation Council, Hong Kong Mediation Centre, Hong Kong Family Law Association to name a few. She has served on the Editorial Board of the Hong Kong Law Journal and has also delivered lectures on Hong Kong company law and dispute resolution at Stanford University, Duke University’s Asia-America Legal Institute in Hong Kong and the University of Santa Clara Summer Program at the University of Hong Kong.

Katherine has been extremely active in community engagement and knowledge exchange activities and she has helped introduce new and innovative dispute resolution processes to Hong Kong, most recently collaborative law and practice. She was appointed by the HKSAR Secretary for Justice to the Working Party on Mediation (2007-2010) and helped produce the Report of the Working Party on Mediation (February 2010) calling for reform and development of mediation in new areas in Hong Kong. She also worked with the Hong Kong Family Law Association to establish Hong Kong’s first ever “Collaborative Practice Group” and helped introduced the “Collaborative Law & Practice” course into the LL.M. in Arbitration & Dispute Resolution programme in 2012. This is the first time that such an innovative course has been offered at any university in Asia.

Recently, Katherine has focused primarily on children’s rights and multidisciplinary family law reform in Hong Kong. She is co-founder of Hong Kong’s “Children Issues Forums” which has  organized and hosted 3 children’s rights and family law conferences in 2009, 2012 and 2015, with a 4th conference planned for 2021. The Children’s Issues Forum has been an important catalyst for the formation of Hong Kong’s new Children’s Commission, the reform of child and family law legislation in Hong Kong and the development of multidisciplinary child and family support services in Hong Kong. Katherine is committed to working in partnership with government officials, community groups and dispute resolution organizations to help expand and extend access to justice and innovative forms of dispute resolution to all individuals within the Hong Kong community.